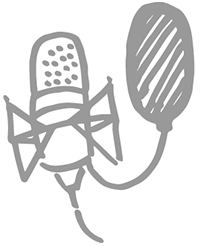 Heiko is an experienced and versatile voice-over artist with more than 20 years experience in all fields of the voice-over business. A known voice for hundreds of German TV and radio commercials, he is also known for voicing characters in numerous international video games like “Call of Duty”, “Splinter Cell”, “Wolfenstein”, “Spiderman 2”, “Spongebob”, “Battlefield 1”, “Cars” or “Medal of Honor” to name a few. He’s worked on countless dubbing projects for the German market, as well as US-productions like “X-Men Apocalypse”, Brad Pitt’s “Fury”, Christian Bale’s “The Promise” or the FOX series “Cosmos – A Spacetime Odysee”. He’s a regular on German radio stations like Deutsch­land­funk and WDR and has voiced TV documentaries for stations like the BBC, ARTE, ZDF or RTL2. In 2017 he also started working as a voice director and dialogue writer for foreign-language dubbing scripts, among those Syfy’s “Van Helsing”.